The British Railways Standard Mark 2 coach was first introduced in 1963 and the semi-integral construction dispensed with a separate underframe, giving the body greater strength and stiffness than the previous BR Standard Mk.1 stock.

Certified for 100mph running, this was later increased to 110mph and the design of the coach evolved over the next ten years, culminating in the Mk.2F design that was built between 1973 and 1975; a stop gap measure produced until the British Rail Mk.3 coach could be introduced into service. Despite this, the Mk.2F coaches are still currently in traffic with Abellio ScotRail, being used on the Fife Circle Line with Class 68 haulage.

Trade marks used with permission of the Scottish Ministers. 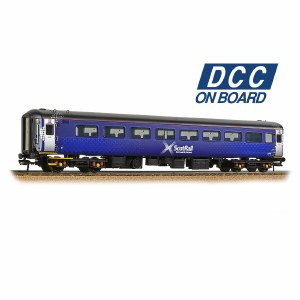