British Rail’s second generation of Standard Coach design is known as the Mark 2. Design and construction followed on from the universal and ubiquitous Mk1 family of coaching stock, with the prototype example built in 1963. Series production continued until 1975 at Derby Carriage Works. They were of steel construction, and of a more monocoque design than the Mk1, which added to their safety and integrity in event of collision or mishap.

As passenger expectations and railway operations had moved on since the vast Mk1 range was conceived, and because there was still much life left in the Mk1s by the mid-sixties, a much reduced number of vehicle types were built.  The basic Mk2 types included First and Second class accommodation, with corridors and compartments only available to First Class passengers, all Second Class coaches were conceived as open saloons.  First and Second class Brake coaches were built, but no full brakes, catering cars, restaurants, buffets or sleeping cars were included, Mark 1 coaches fulfilling these needs until Mark 3s came along in the late seventies.

The Mark 2 family underwent a number of tweaks and improvements during the 12 years construction period.  The principal visual differences included air braking from Mk2A, removal of the central bodyside doors and vestibule (Mk2B), introduction of wrap-around corner doors and provision of one WC at each end in lieu of two at one end (Mk2B), air conditioning – so no opening windows in the saloon area (Mk2D), no side corridor First Class compartment vehicles (from Mk2E onwards), varying style and colours of end gangway doors.

Bachmann has produced early and late types of Mk2 vehicles, Mk2A with the characteristic early features of this widely-travelled type, and the final evolution of the Mk2, the Mk2F, including the popular Mk2F DBSO that was converted from the standard BSO for push-pull operation between Edinburgh and Glasgow in the late 1970s, with the dedicated Class 47/7 ‘shove duff’ fleet, converted from members of Class 47/4.  The Mk2Fs are available with DCC operated lighting, and the DBSO itself has DCC controlled cab and interior lighting.  Bachmann also produces the Class 47 and Class 90 that have operated with the DBSO Mk2F.

Mk2s have during their 50+ operating life formed many of the famous named trains including The Flying Scotsman, hauled by Class 55 Deltics, the Royal Scot, Caledonian, the Electric Scot, and many more.  Regional Railways Class 37s were a long time favourite of enthusiasts, working with Mk2 coaching stock on rural routes especially in Scotland, Wales and more recently the Cumbrian Coast and Norfolk, and older enthusiasts will remember early Mk2s operating alongside steam in the North West during the well-liked and rich in modelling inspiration ‘Transition Era’ 1965-68. 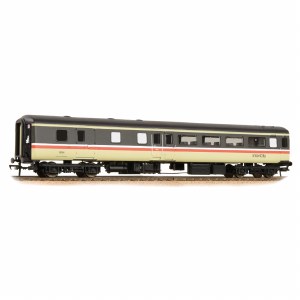